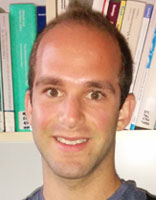 Abstract
The individual determinants of vaccine acceptance among health workers (HCWs) have been described in the literature, but there is little evidence regarding the impact of vaccine characteristics and contextual factors (e.g., incentives, communication) on vaccination intentions. We developed a discrete choice experiment (DCE) to assess the impact of seven attributes on stated vaccination intention against an unnamed disease, described as frequent with rapid clinical evolution and epidemic potential (similar to influenza or pertussis). Attributes evaluated vaccine characteristics (effectiveness, security profile), inter-individual aspects (epidemic risk, controversy, potential for indirect protection, vaccine coverage) and incentives (e.g., badge, hierarchical injunction). A total of 1214 French hospital-based HCWs, recruited among professional organizations, completed the online DCE questionnaire. The relative impact of each attribute was estimated using random effects logit models on the whole sample and among specific subgroups. Overall, 52% of included HCWs were vaccinated against influenza during 2017-18 and the average vaccination acceptance rate across all scenarios was 58%. Except for attitude from the management, all attributes’ levels had significant impact on vaccination decisions. Poor vaccine safety had the most detrimental impact on stated acceptance (OR 0.04 for the level controversy around vaccine safety). The most motivating factor was protection of family (OR 2.41) and contribution to disease control (OR 2.34). Other motivating factors were improved vaccine effectiveness (OR 2.22), high uptake among colleagues (OR 1.89) and epidemic risk declared by health authorities (OR 1.76). Social incentives (e.g., a badge I’m vaccinated) were dissuasive (OR 0.47). Compared to HCWs previously vaccinated against influenza, unvaccinated HCWs who were favorable to vaccination in general were most sensitive towards improved vaccine effectiveness. Our study suggests that vaccine safety considerations dominate vaccine decision-making among French HCWs, while adapted communication on indirect protection and social conformism can contribute to increase vaccination acceptance.